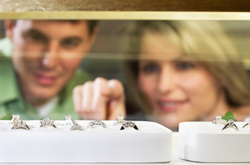 Doesn't the government have a way of stopping blood diamonds? They came up with Kimberley Process. This is a system developed so that only rough diamonds with a certificate from a non conflict area can be traded in or out of the countries that are participating in this plan. However; this system didn't fix the problem or limit it because they don't have regular check ups on the situations which allows a large number of blood diamonds to be mixed in with other legal diamonds. 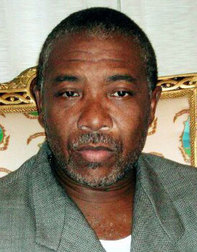 People that mine blood diamonds are known as warlords. A warlord is someone that has power over a certain area. They have soldiers/troops that  only listen to them and they have more power than what their position/job entitles. Warlords have taken over villages in Africa to gather people to mine the diamonds. The profit from these diamonds are used for violent activity such as terrorism and civil wars. Warlords have also killed entire villages to scare their workers as if they  are saying, "You do not want to make me your enemy so don't even try." A famous warlord is Charles Taylor. Taylor lead an uprising from Côte d’Ivoire to Liberia. The war lasted seven years. After the war there was an election, Taylor became president of Liberia. He was elected because many citizens thought that he might start another war if he had lost the election.

Another group of people that mind blood diamonds are rebels. In Sierra Leone, there was a civil war between rebels, that wanted to take over the diamonds, and the Sierra Leone governement. Rebels were paid in diamonds and they wanted to take control of all the diamonds in Sierra Leone. The civil war had lasted eleven years and a whole generation was lost in this war.Augustine Gbao, Morris Kallon, and Hassen Sesay are some famous rebels. It is said that they had lead a war and that during the war, they would tell their troops to cut off the hands of their enemies.

Here are some links that I used. Please visit them to learn more.
http://en.wikipedia.org/wiki/Blood_diamond